Last August 2014, I passed Technician. Then 3 months later, the General and I recently passed the Extra in 2015 about 8 months after passing Tech. The good news is I made 100% on the Tech and the General and only missed one item on the Extra. I sort of feel guilty about having the Extra license for reasons I’ll get into.

In the meantime, it turns out what I do know something about is testing and test-taking. (I’m a psychologist and administrator in a K-12 public school system.)

We all know we are provided with the questions and the answers to these tests. But it ain’t open book. The problem is, on the Extra, there are 700 multiple choice questions and 2800 answers in the pool, including the incorrect ones. Fifty questions are drawn from that pool of 700 questions.

That’s a lot of material to study and learn. 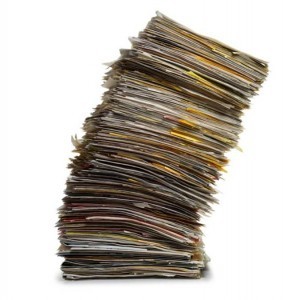 There are some common-sense questions and regulatory questions that are easy to learn. The rest of the Extra test is fairly technical and, even with a General license in hand, the technical material can be tough for people who don’t have an extensive background in electronics. And not just practical experience of using and hooking up equipment. We’re talking theory. Polar coordinates. Phase angles. Class A, AB, push-pull amplifiers. Types of diodes. Looking at a circuit diagram and knowing what that capacitor over there is doing.

Studying for the Extra did not make me care about polar coordinates. So, I’m going to have to work on that.

There is a lot of math. A lot of it I learned in high school in the early 70s. That said, I passed all 3 exams, including Extra, without touching my calculator or even doing a paper calculation. Not because I did the math in my head. I just went with a different approach to passing the test.

The General and Extra test, almost all the tests we took at school, and every test I know about that one has to pass to practice a profession have this in common: It measures some knowledge or skill you need to have PLUS a lot of material you have to learn to pass the test but you won’t need. Or, if you need it, you can look it up quickly.

Mastery is learning the concepts behind the questions, so you can answer them with a full understanding of the concepts, knowing when to use what formula, and with the mathematical formulas memorized.

We might call that the honest method, except that might imply that memorization is not honest. The other methods require memorization of stuff no one would remember a month after they took the test. The memorization approaches are honest and they’re probably necessary for most of us.

Let us illustrate this. To learn to answer the many questions on circuitry, you either draw on your knowledge of circuits, or you could take a course or teach yourself circuits. You would need, for example, to learn the real idea behind polar coordinates. You would have to learn the implications of fooling around with microwaves. You would need to understand what happens to radiation patterns of antennae when you raise and lower them, install them over seawater or on a sloping hillside. I have some background in electronics, certainly more than the average citizen. I was even licensed many years ago as a commercial radio operator. But, preparing for the test by mastering the background material would have taken me a very long time. Maybe that’s the right thing to do, but I didn’t have the time or the attention span to do it that way. 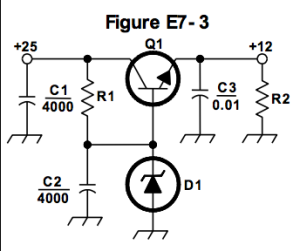 Back to circuitry,  I went into the test knowing what these symbols mean, but not able to understand the function of each component in the circuit.

If you want to take that approach, then you’re going to want to order those giant ARRL books or, at minimum, a few books like those by published by Gordon West. I read West’s test-prep books. They are very good. They DO explain some things. But, the truth is West assumes that you picked up a lot of electronics theory between the General and the Extra, and he assumes you have a solid background in mathematics and that you remember it.

The second approach is to truly learn and understand some of the material, recognize that you are not likely to have the time or patience to learn it all. So you learn enough to pass the test by a blend of the “honest” way, and then use memorization and various “hacks” and tricks to remember the answers to the most of the rest of the questions. I used a lot of different materials to study, and all of them, including Gordon West, include some tips on how to remember things that are hard to remember. West, for example, reminds us that the question about which ionosphere layer is related to meteor scatter can be answered by remembering ‘mEteor’ (E-layer).

Here is how I prepared. My process was somewhat different for the three tests, so I will just offer the process I used for the Extra.

1. Gordon West’s books. I read through them once, to expose me to all questions and the correct answers. After that initial run-through, I only used Gordon’s books occasionally for a resource to see how the book explained items I kept missing. There are lots of pictures and diagrams, and they helped me understand much on the test. Good stuff. Skip the CDs, though. They are sort of pep talks and commercials for his other products. Which is fine.

2. After that initial study, I used hamstudy.org for the Technician and General. It’s free and it’s terrific. It throws flash cards at you on your screen. If you miss a question, it remembers, and it keeps throwing it back at you as you continue to study until you get it right a few times.  It provides explanations for most of the questions. I can’t recommend it highly enough.

3. For the Extra, I used a paid program called HamTestOnline.com. It steps you through all the material in logical order. It doesn’t attempt to explain every question, but it does provide some useful tutorials. It tracks your progress, figures out what you’ve mastered, what you’re weak in, and what you’re not yet exposed to and feeds that to you in a very logical way.  I think it was worth the money. The free hamstudy.org would have gotten me there, but I do think the process went faster with HamTestOnline.com. I did not use it for Tech or General and would suggest using hamstudy.org for those.

4. I finished preparing (maybe about the last 40% of study time) by taking practice tests. Lots and lots and lots of them. Both of hamstudy.org and HamTestOnline.com have those. I always reviewed the questions I missed. I kept doing that until my average score was above 90%. Knowing I only needed 74% to pass, I then felt prepared.

Now here’s an interesting thing. I never once made 100%, or even 98% on ANY practice tests, yet I made 100, 100, and 98, respectively, on the three tests. This suggests to me either that, by design, the test questions selected for the actual test are pulled to significantly limit the number of really tough questions. I don’t know. It just strikes me as surprising that I scored higher on all 3 tests than I ever did on the practice tests.

I made extensive use of some memorization “hacks” & tips” in this very handy article. http://blog.hamstudy.org/2015/01/hacking-the-general-and-extra-exams-from-n7smi/.

If you have any questions about my experience with the tests, email me at [email protected]