So, enter the  Central Alabama Simplex Net. Central Alabama Simplex NET starts at 8:00pm every Sunday on 146.580. A couple of great guys (more about them later), drive up to a high elevation in Birmingham, put up an antenna, and serve as the primary net control station.  In addition, a couple of other great guys with particularly impressive systems, assist by pointing their antennas around the compass, calling for check-ins. Check-ins come from as far away as Arkansas and Tennessee, by the way. In addition, folks are encouraged to listen out for operators THEY can hear, even if net control can’t, and relay them in.

So,  you listen up and, if you’ve got a directional thing happening, point to Birmingham. You’ll hear a call for check-ins based on your compass direction relative to B’ham. Check in and relay anyone else in that you can hear on the frequency.

There are lots of other nets on Sunday evenings, and so the net control folks take early check-Ins will be taken starting at 7:45pm for those that have other nets at 8:00pm and 8:30pm in which they participate.

A special shout out to the heroic and dedicated net controllers. 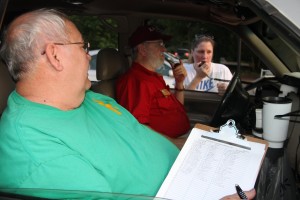 Deryl (WD4IGK), Glenn (KA4SZQ) and a considerably more attractive assistant, Ashley.
These guys don’t seem to miss a Sunday night unless they are hospitalized (or maybe detained by the authorities, which never has happened.) Photo by Just John Miller (KI4VVM) 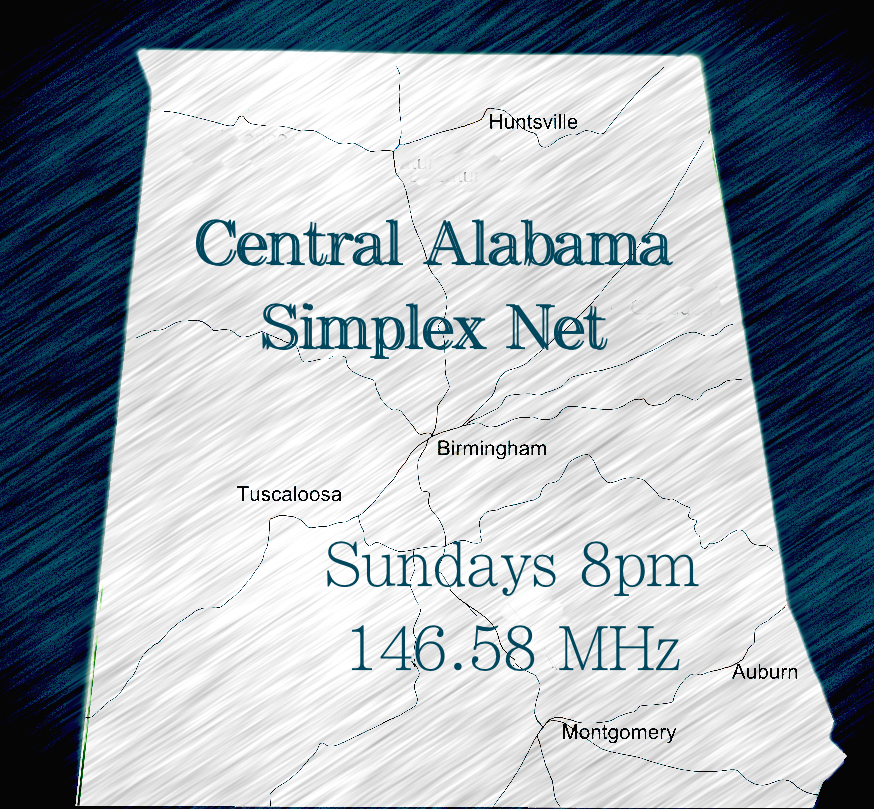